GoodSemester was a truly modern learning management system for colleges and universities. It contained a full suite of tools for online education including an interactive grade book, collaborative note taking tools, discussion boards, groupwork, assignment submission and more. GoodSemester began development in 2009, and entered public beta in early 2012 after a lengthy private beta with multiple universities. However, after we discovered that users in the general public primarily wanted tutorial creation tools, the service was shut down and the company pivoted into Squareknot.


Promo Video: What is GoodSemester?

Produced by the wonderful people at Thought Cafe (with voiceover narration by me!) 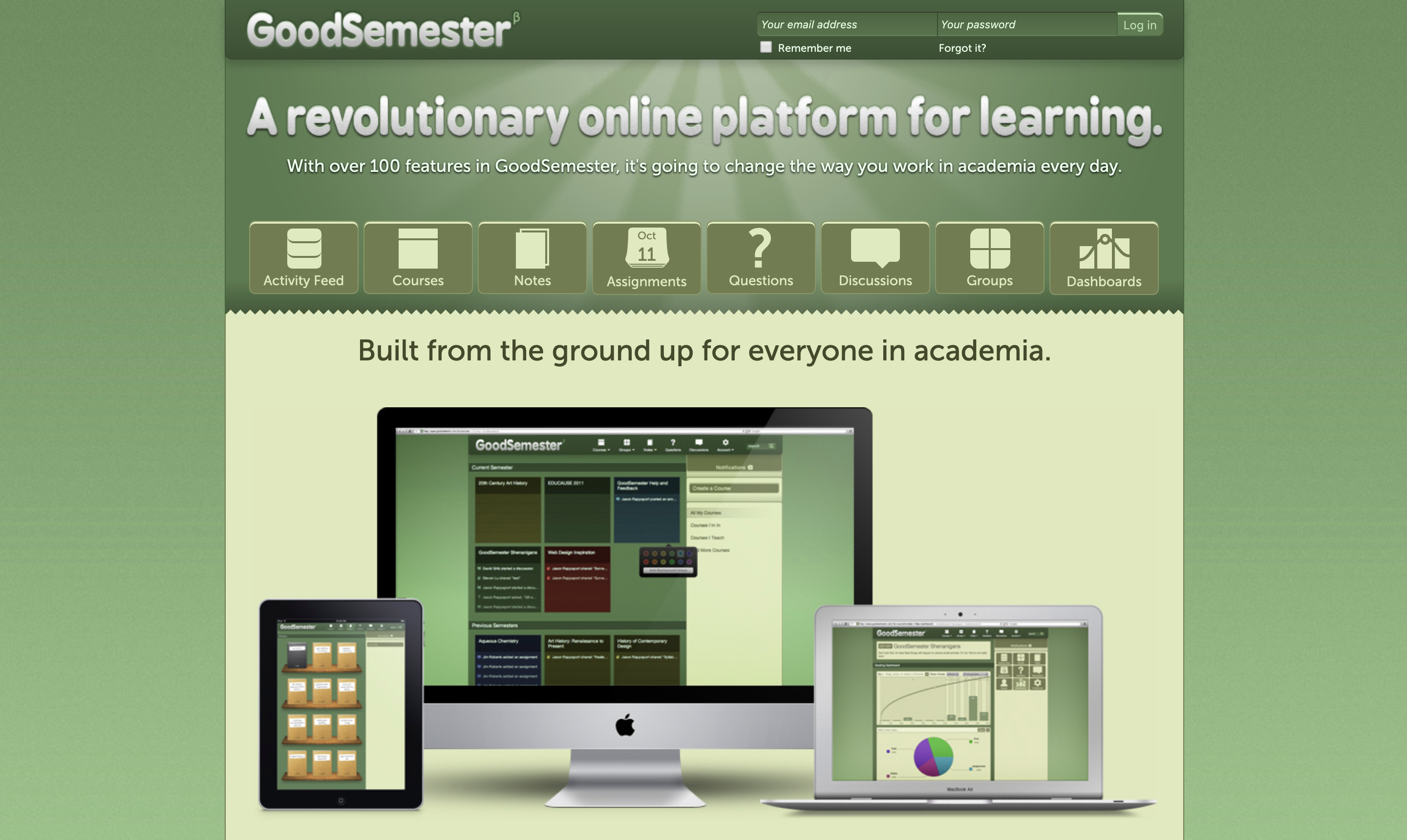 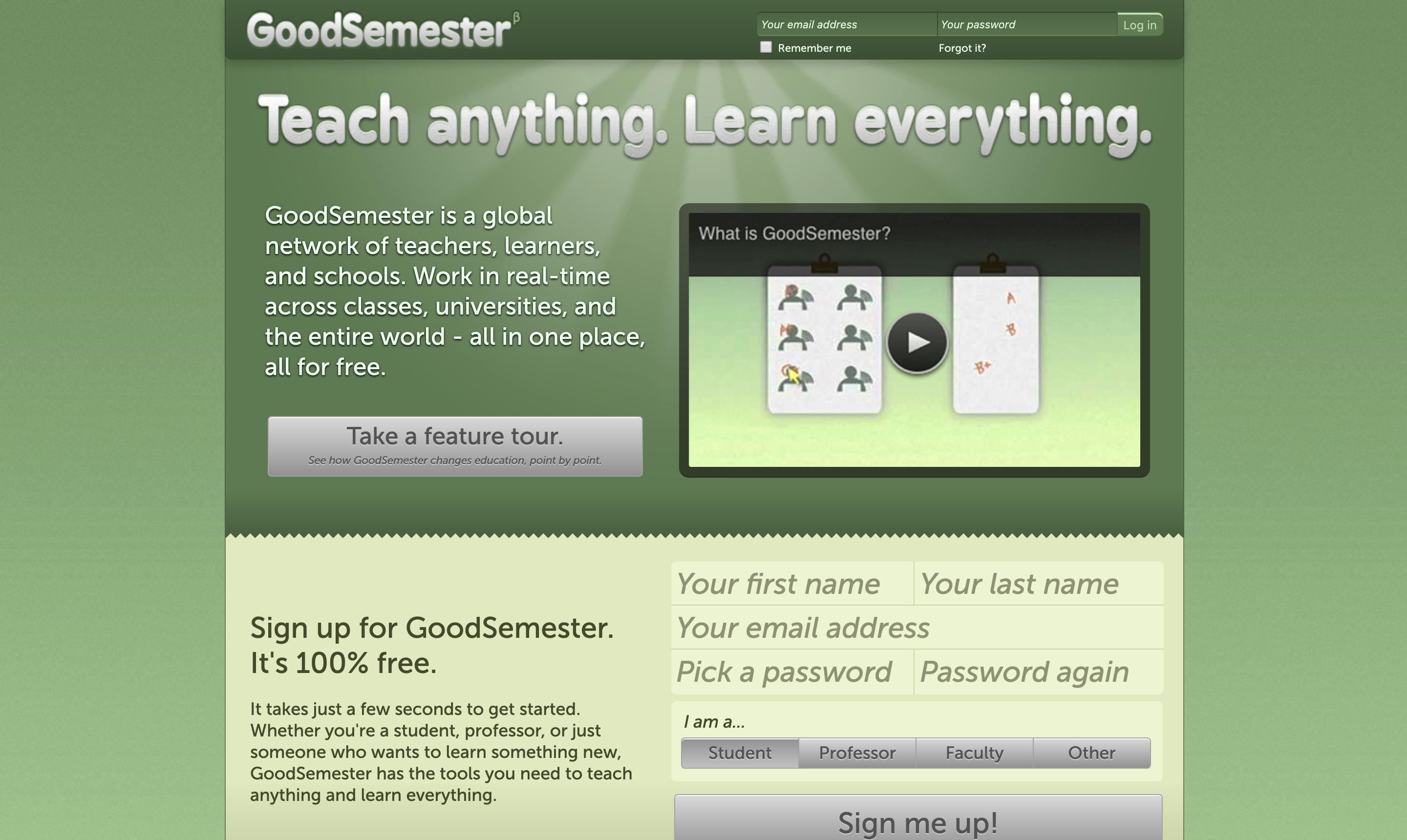 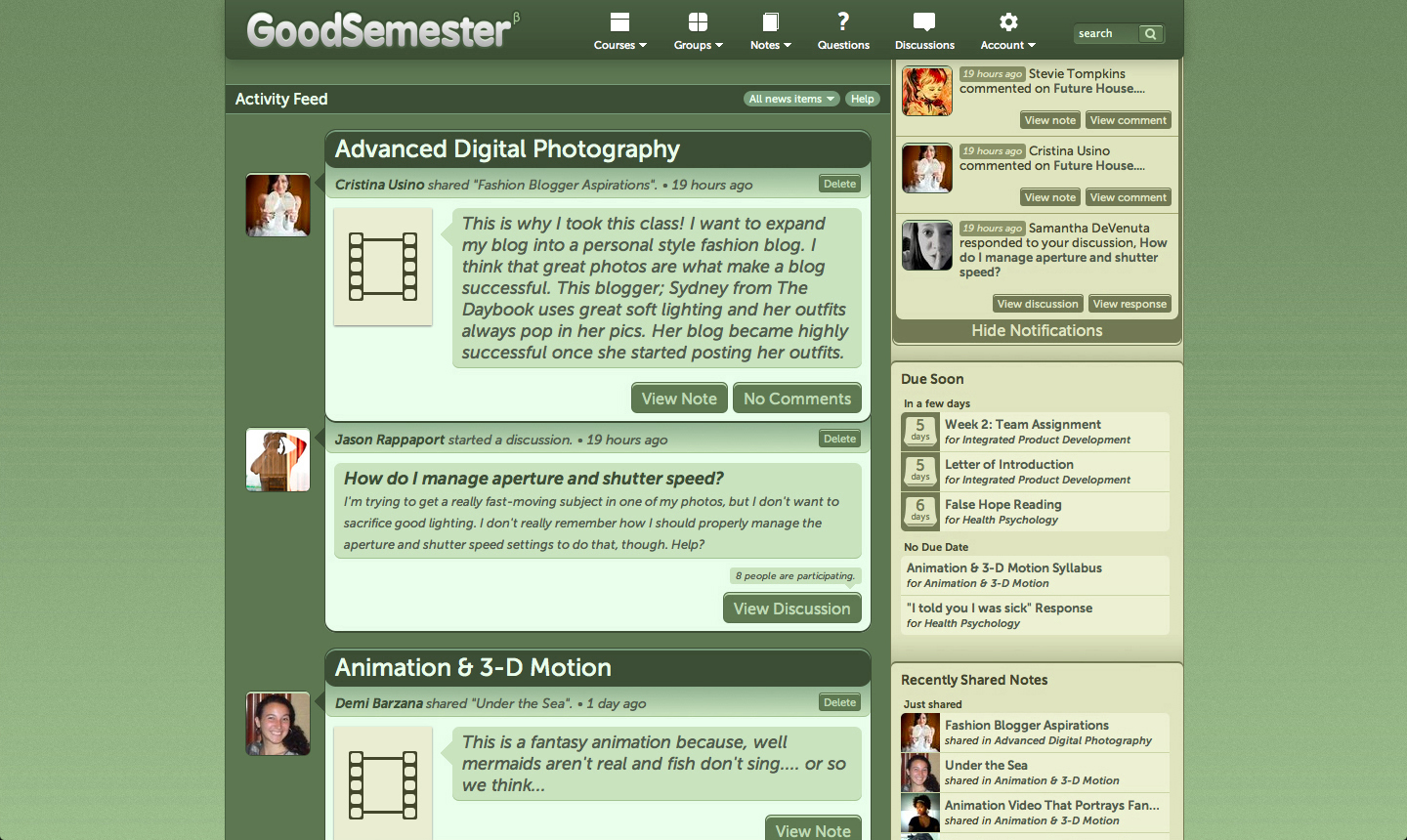 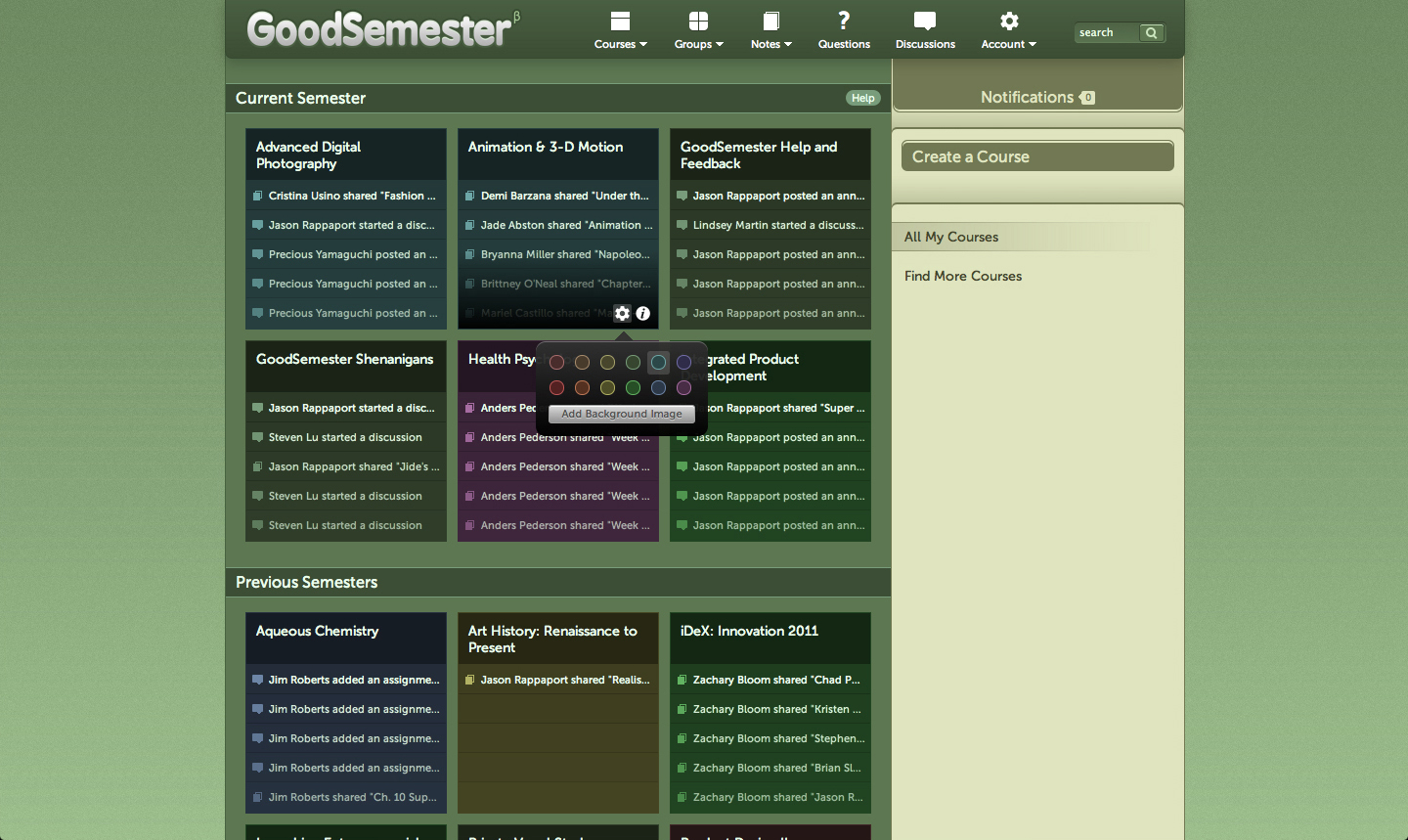 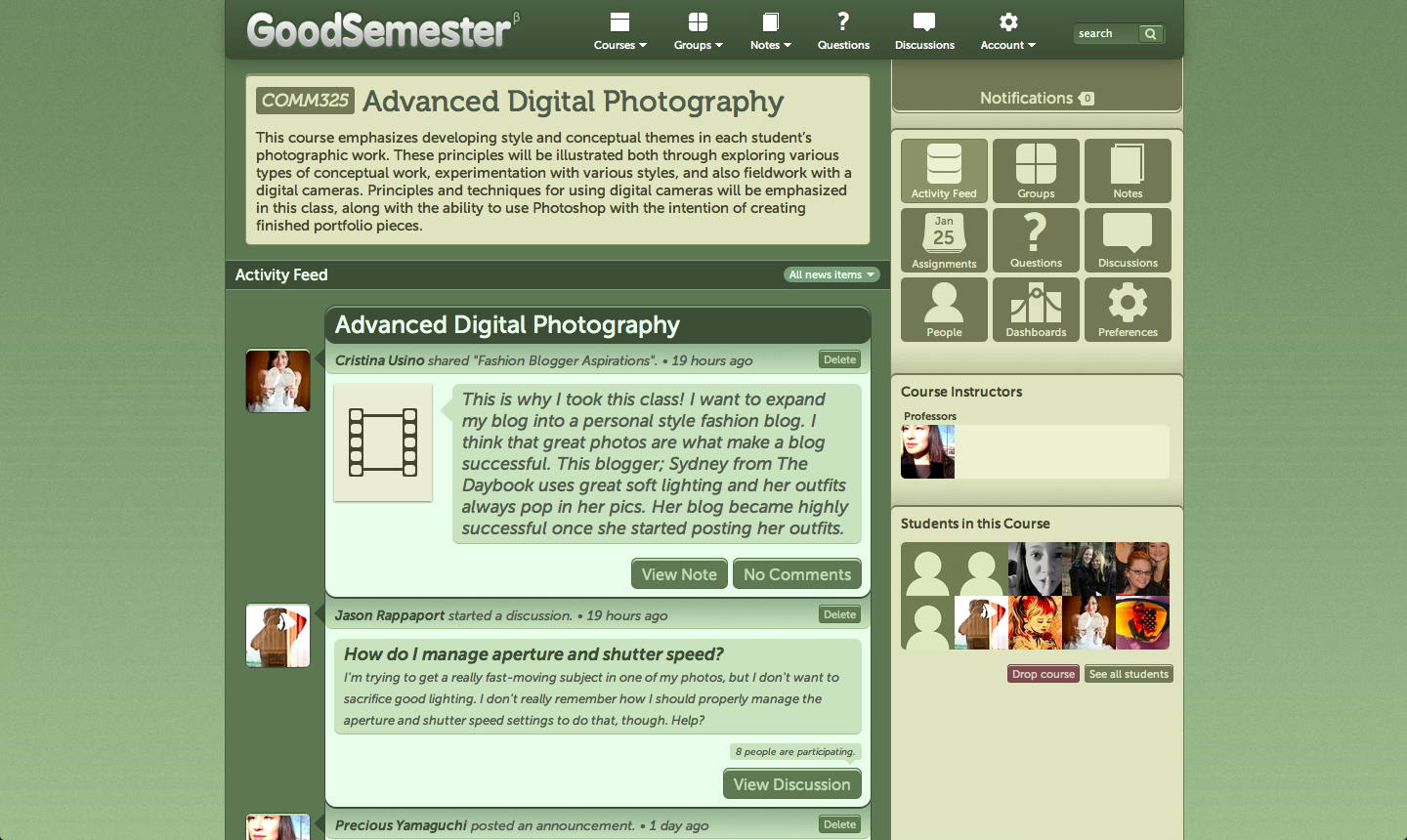 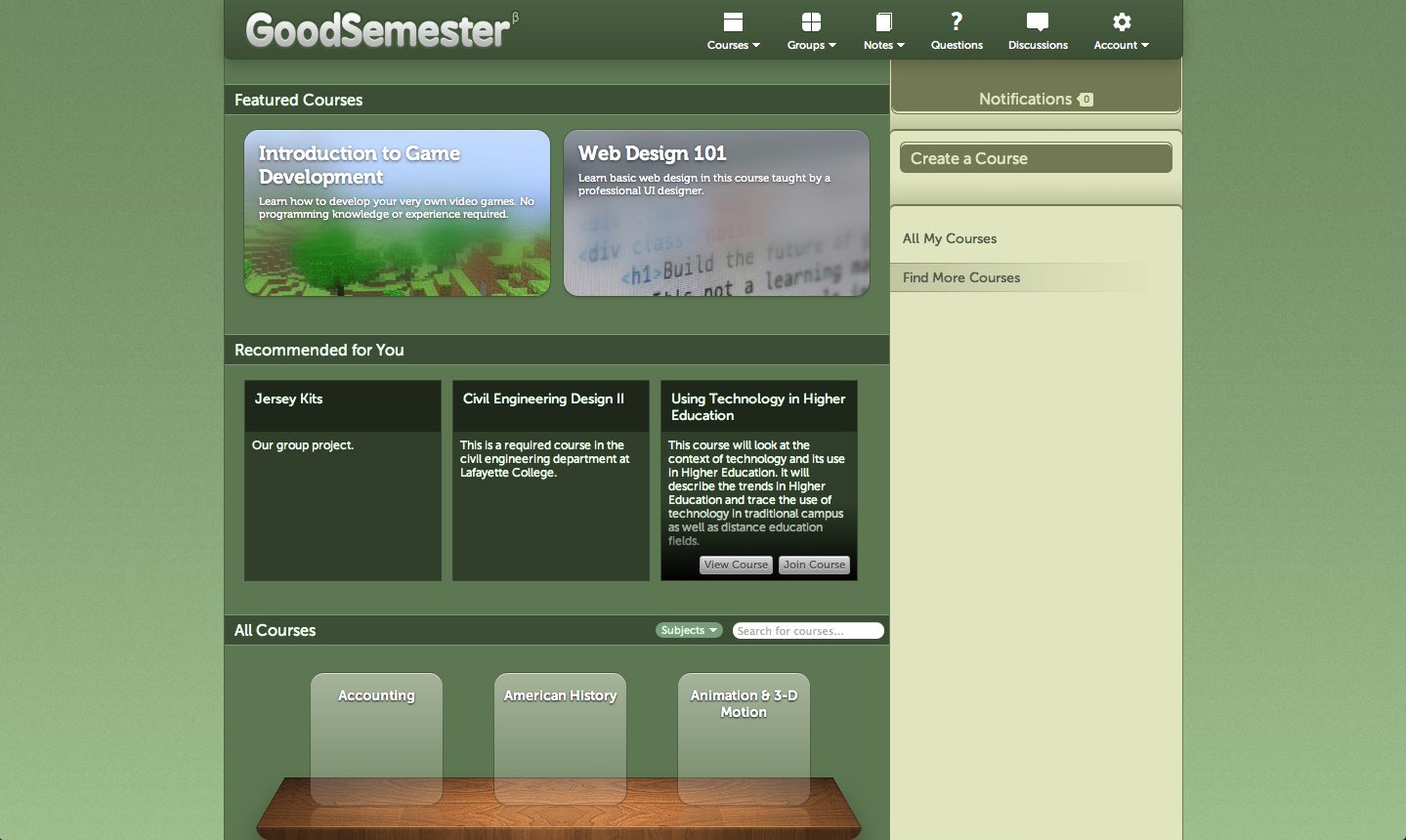 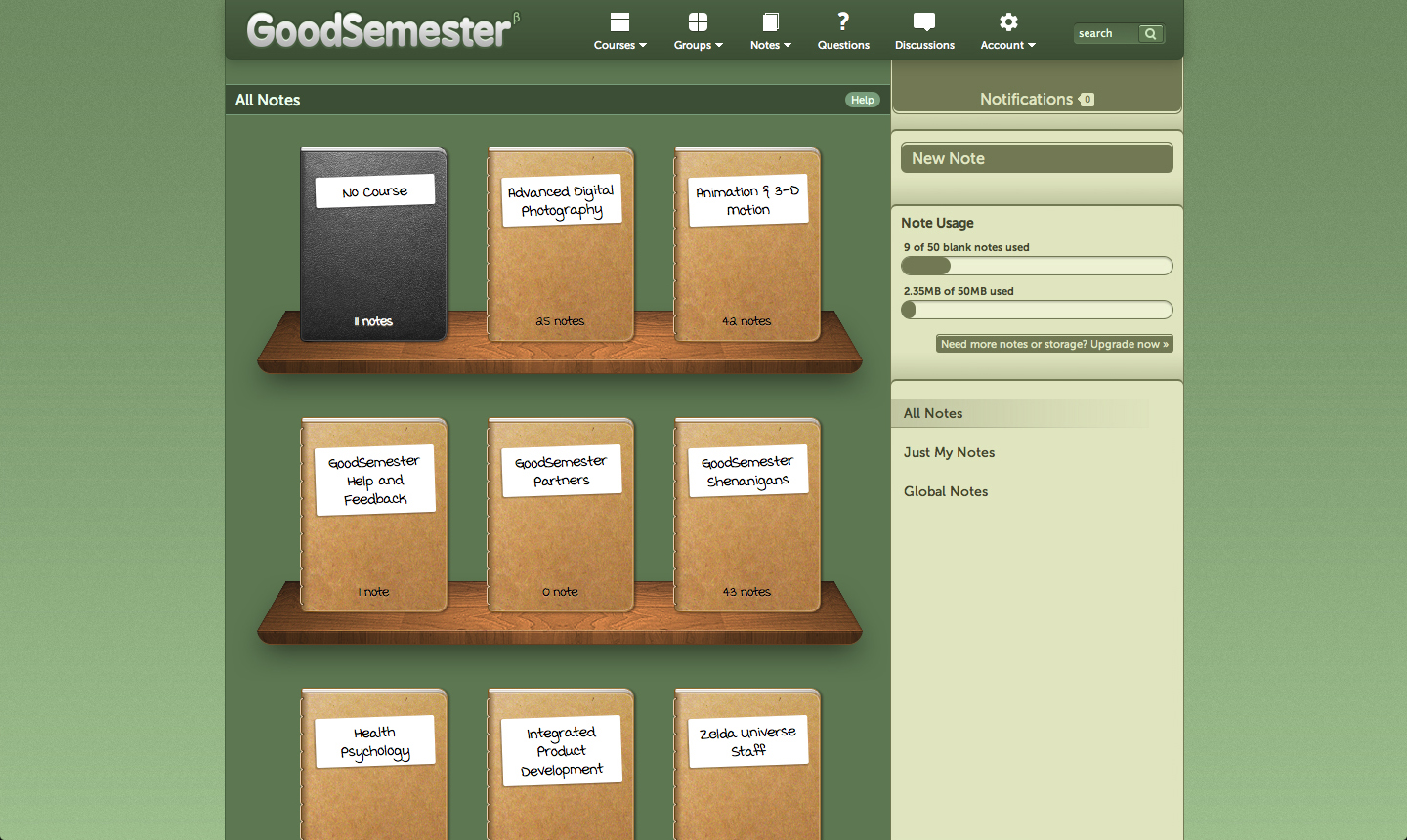 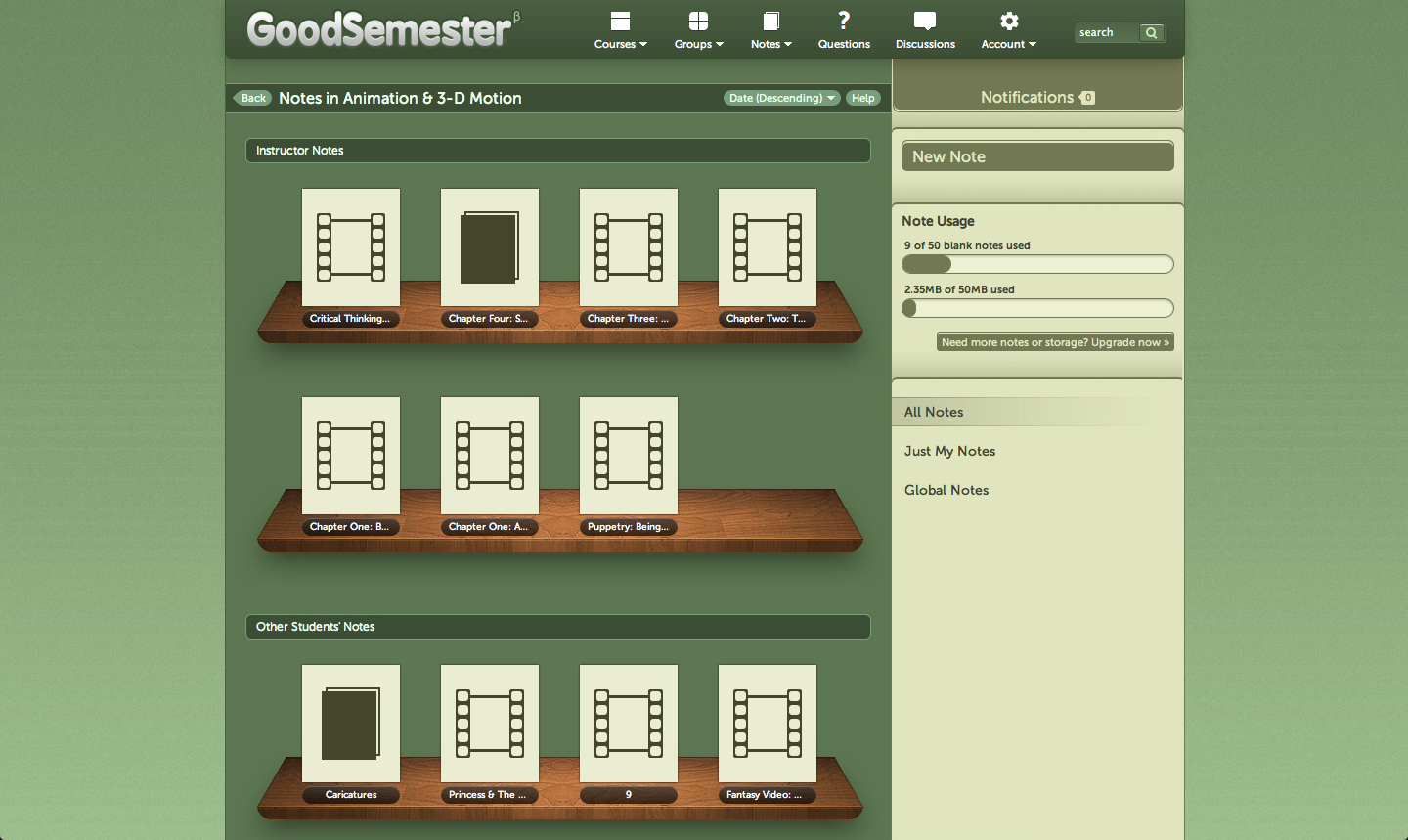 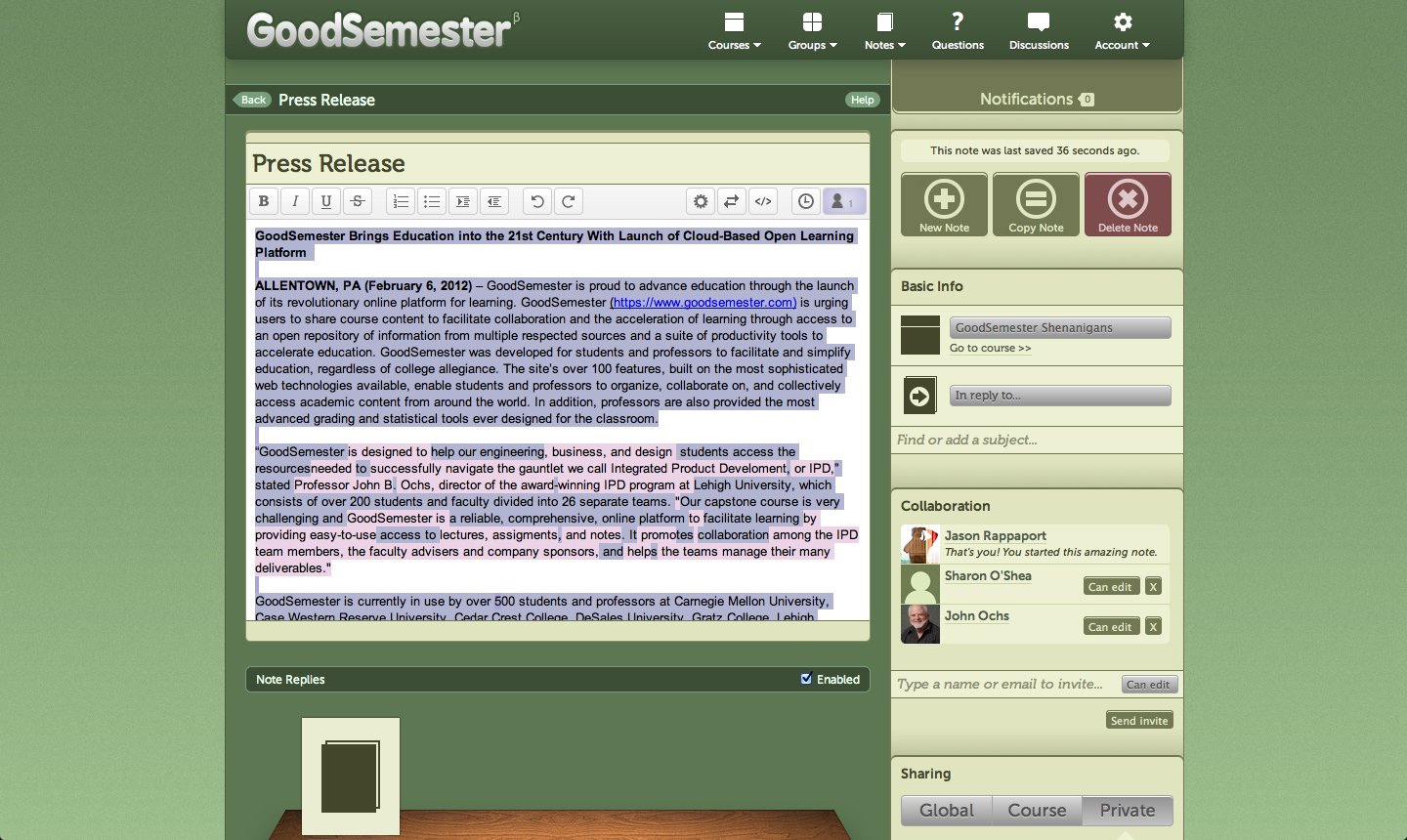 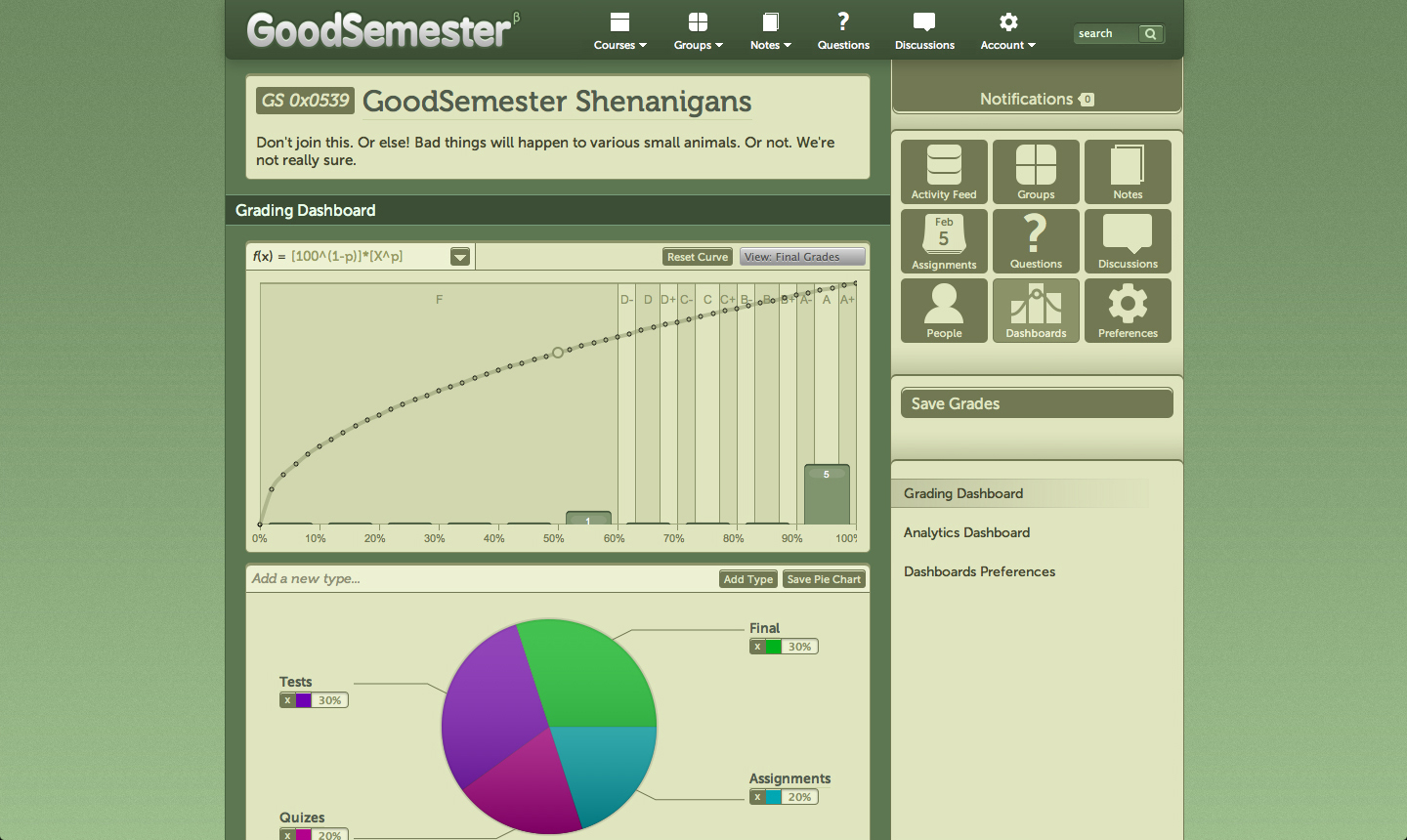 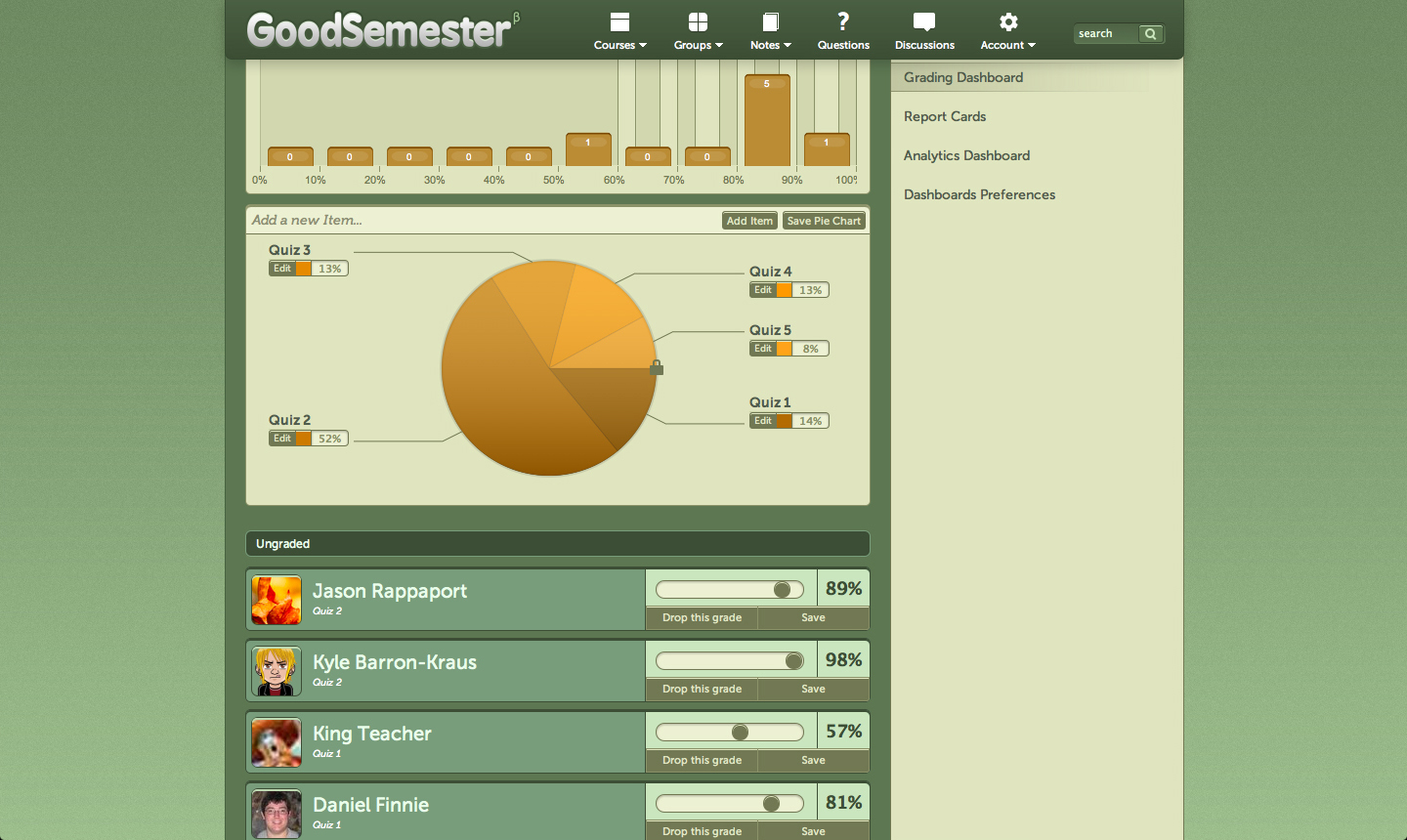 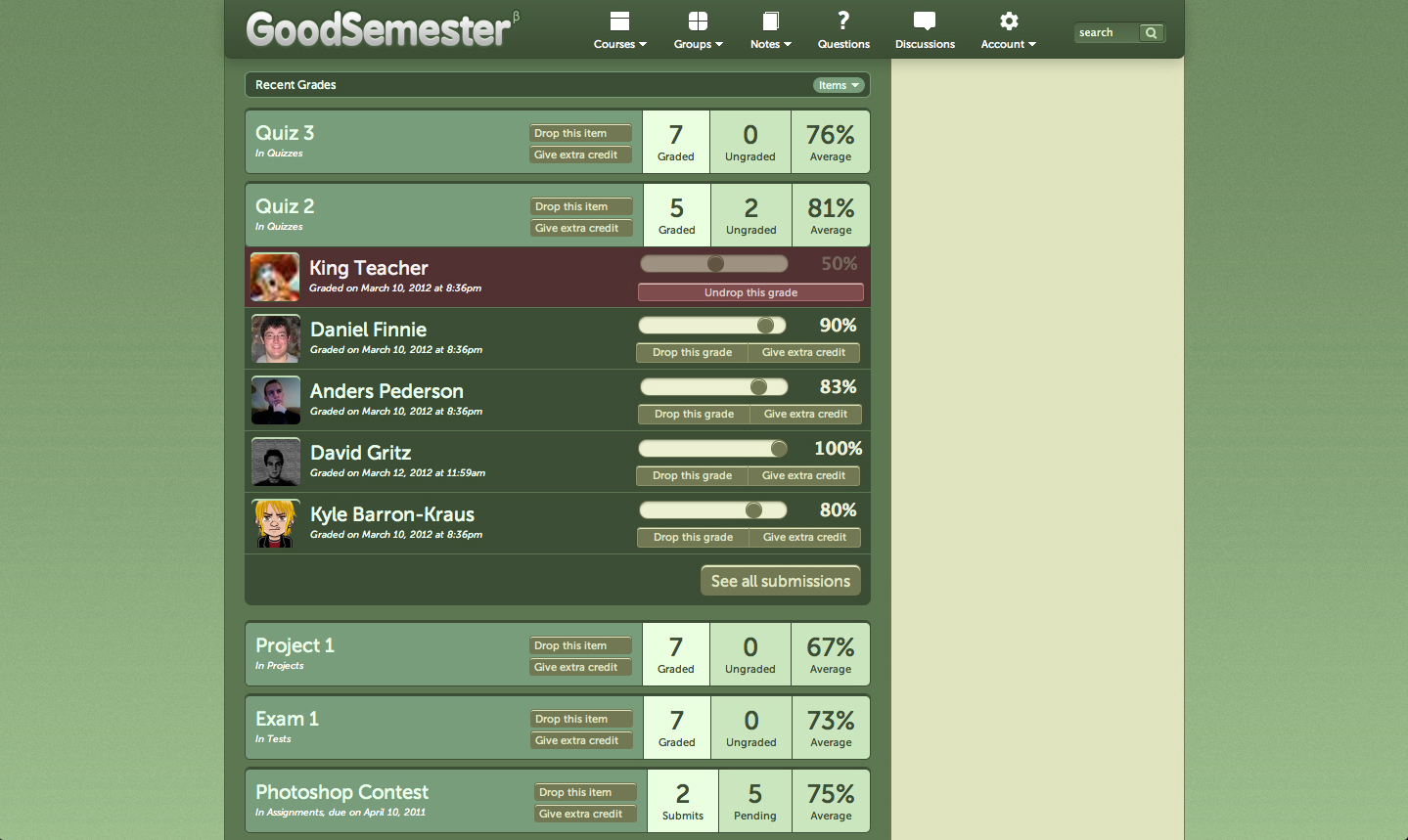 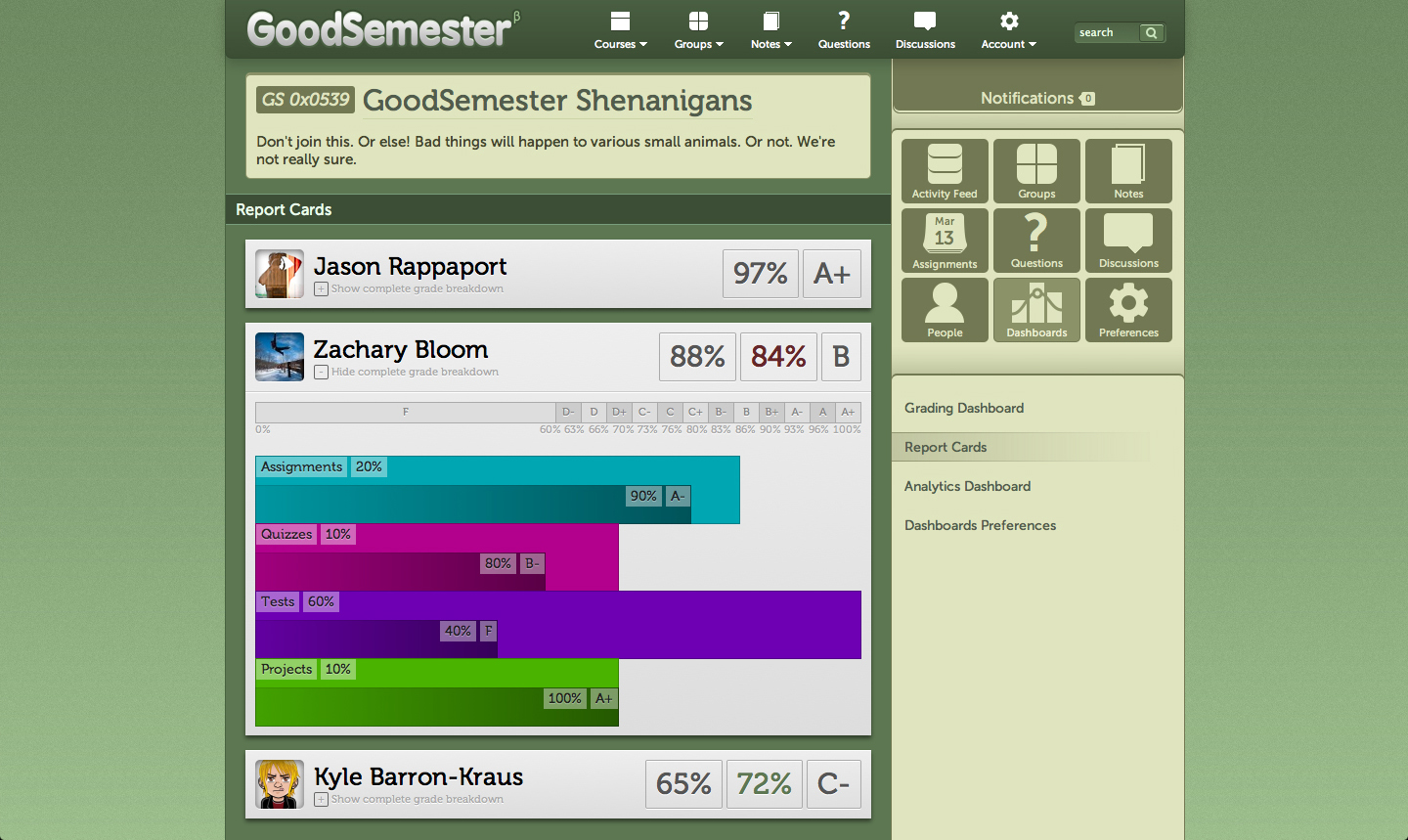 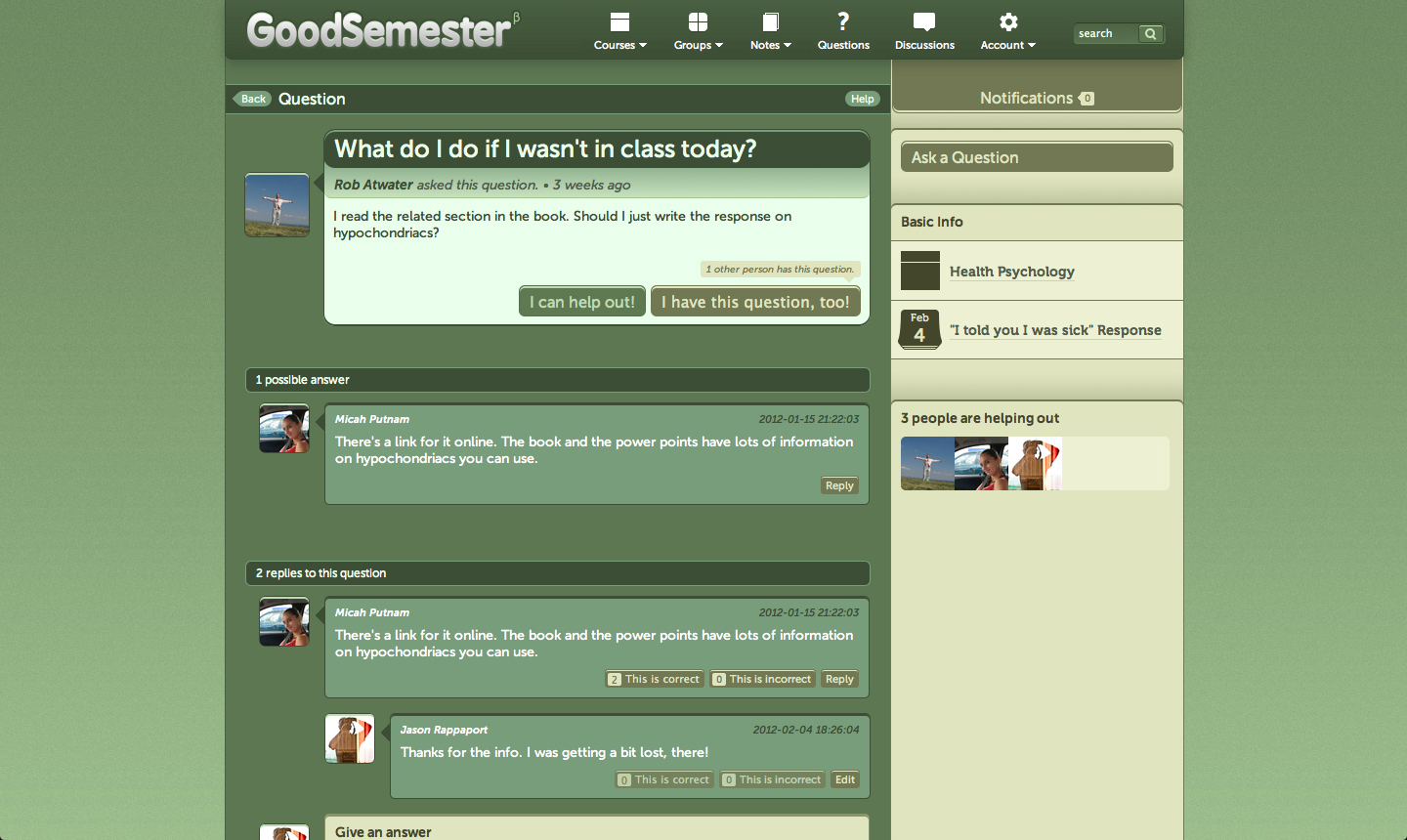 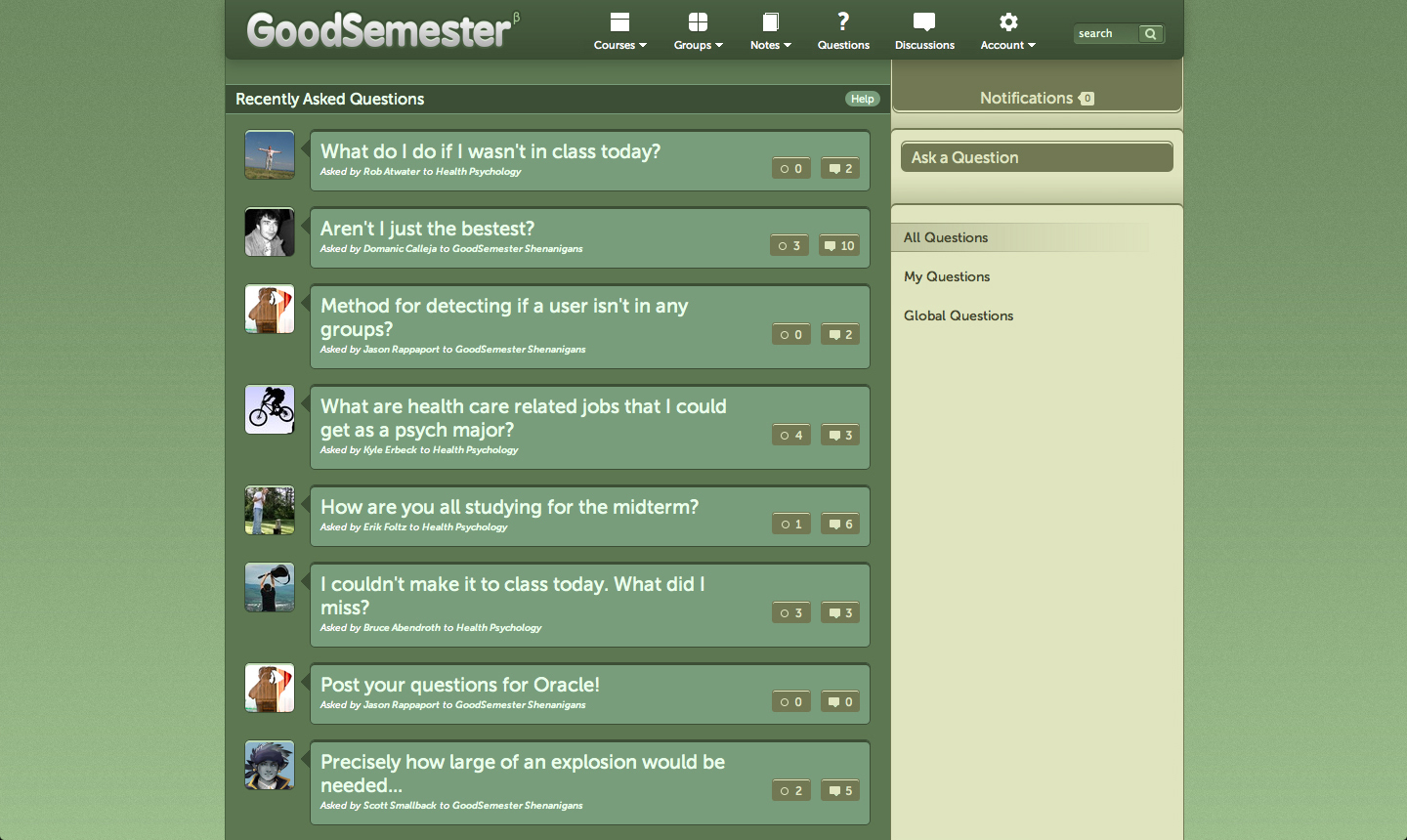 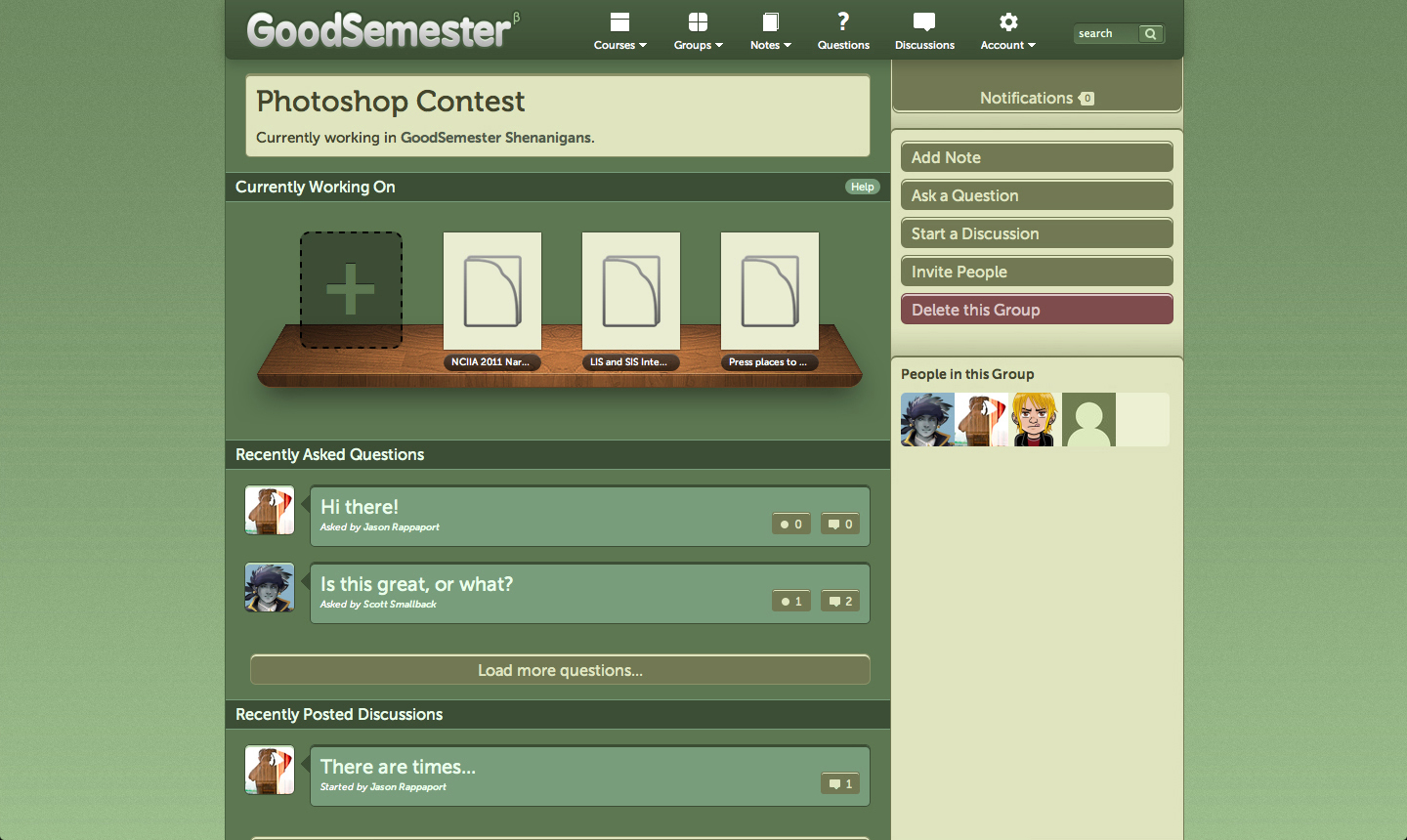 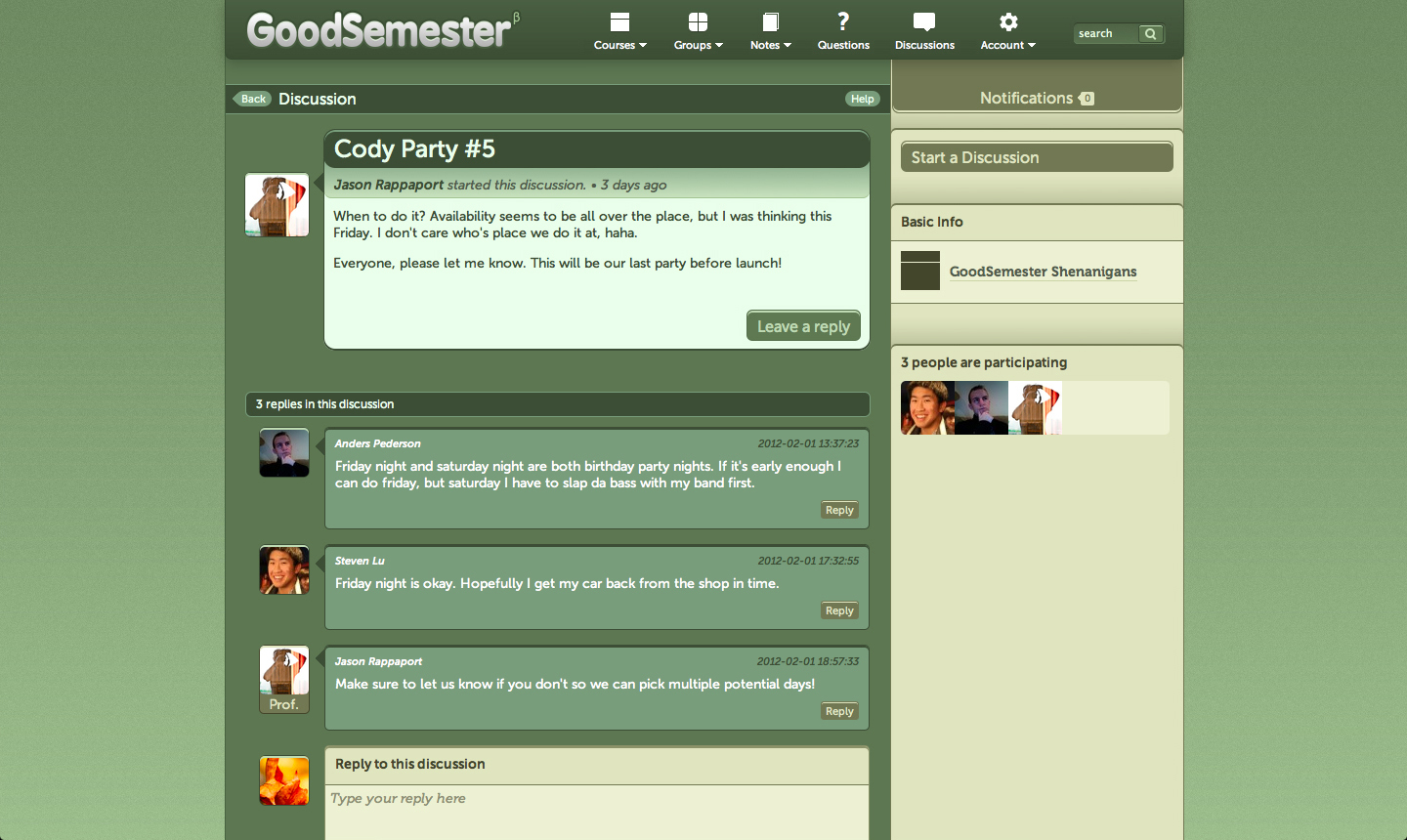 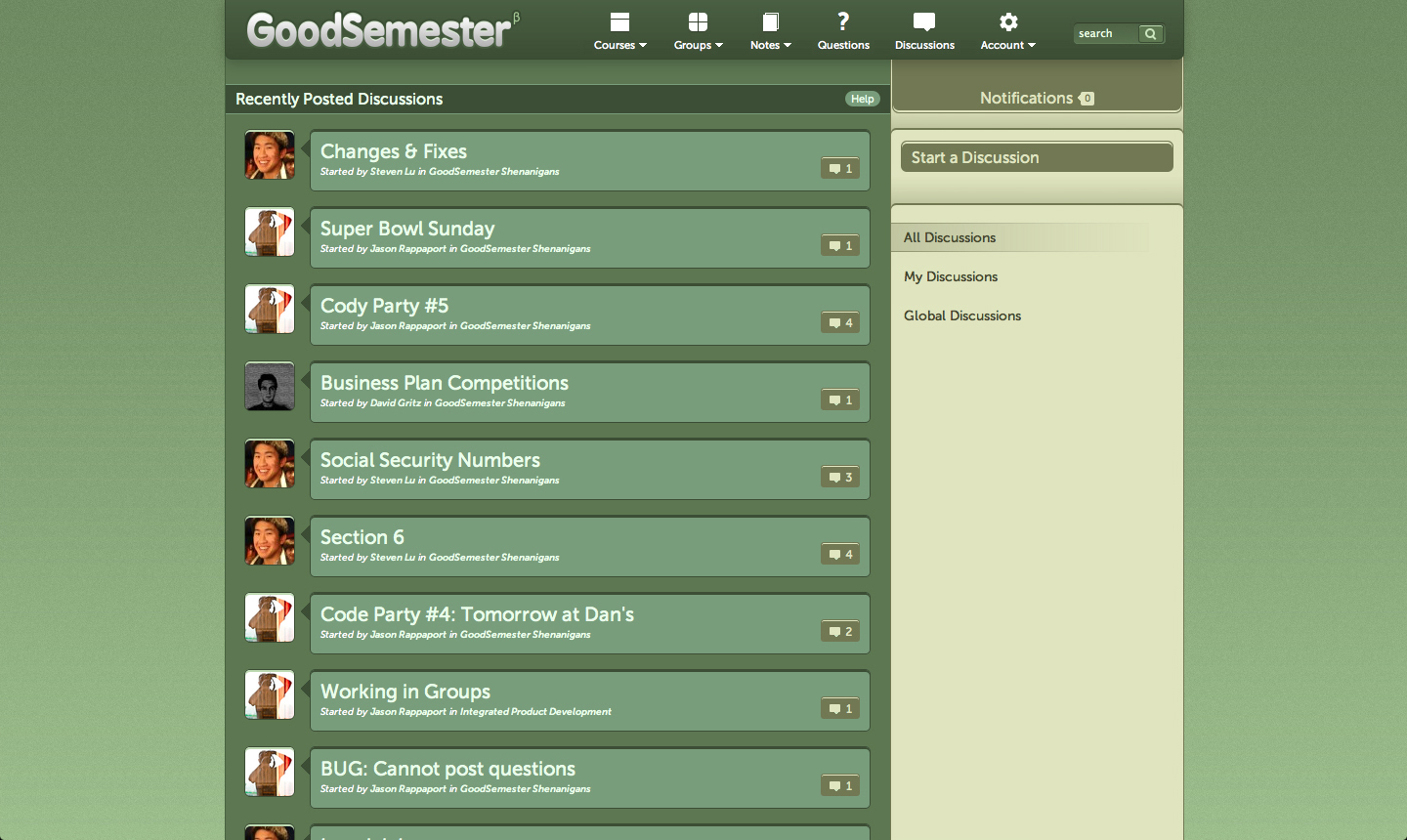 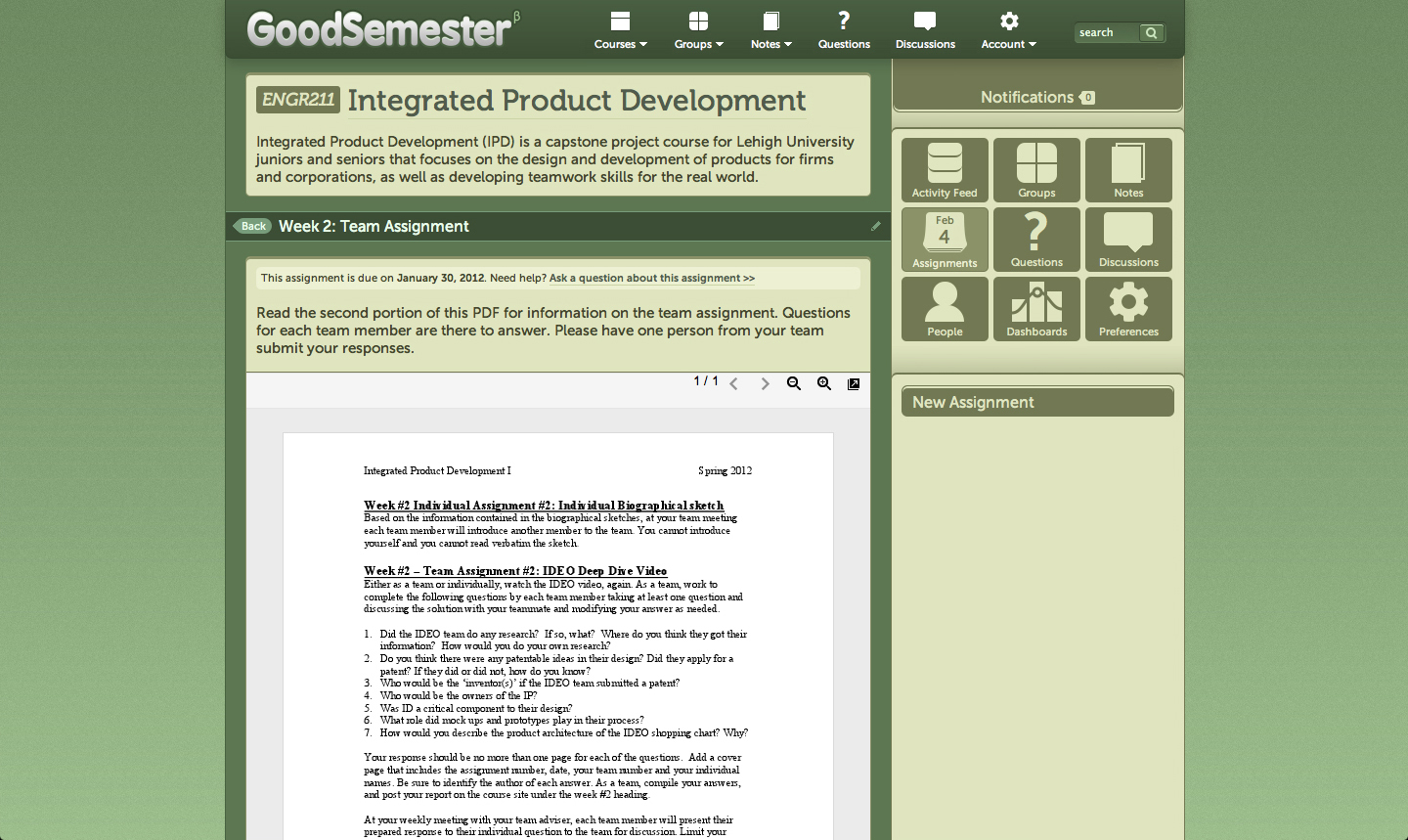 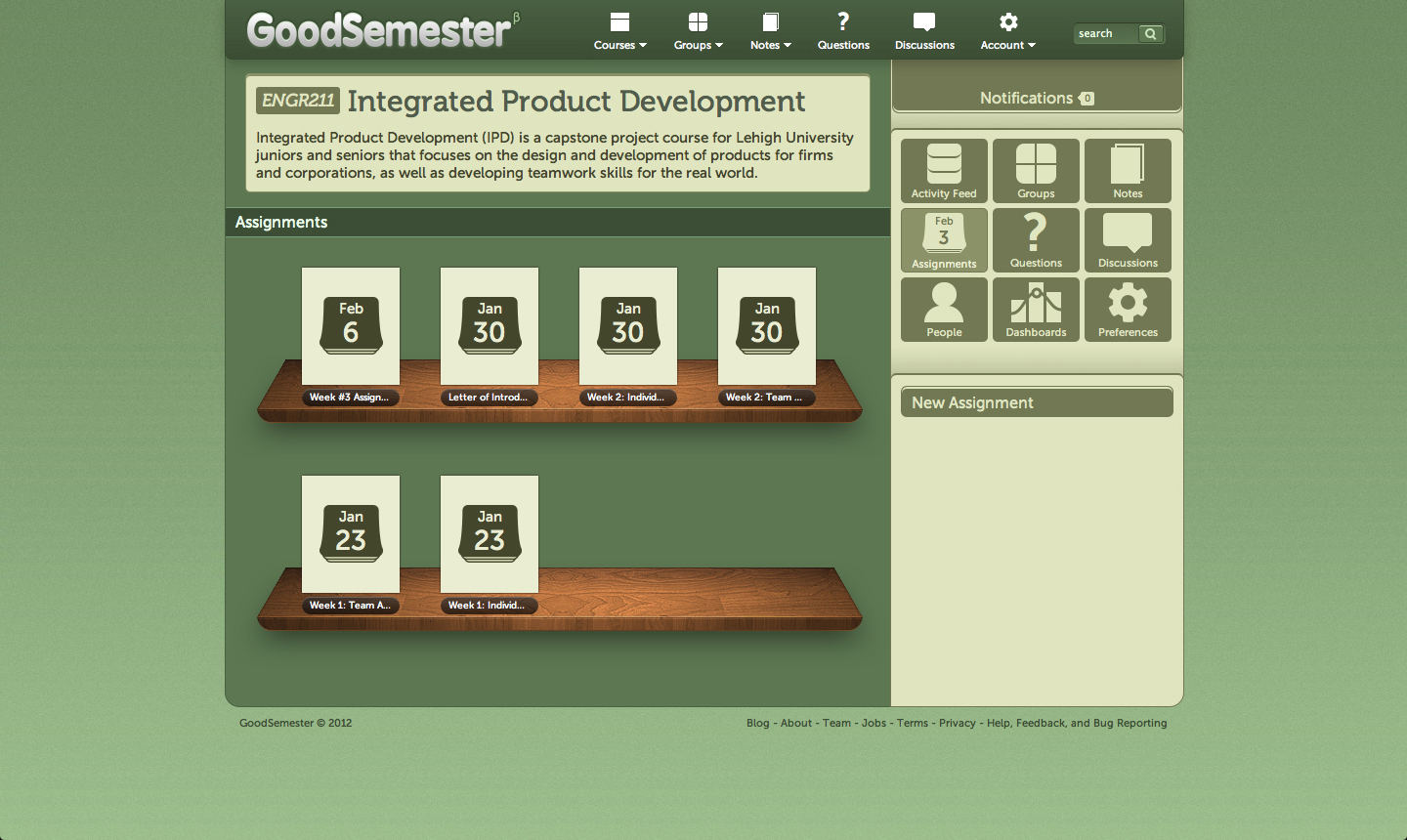 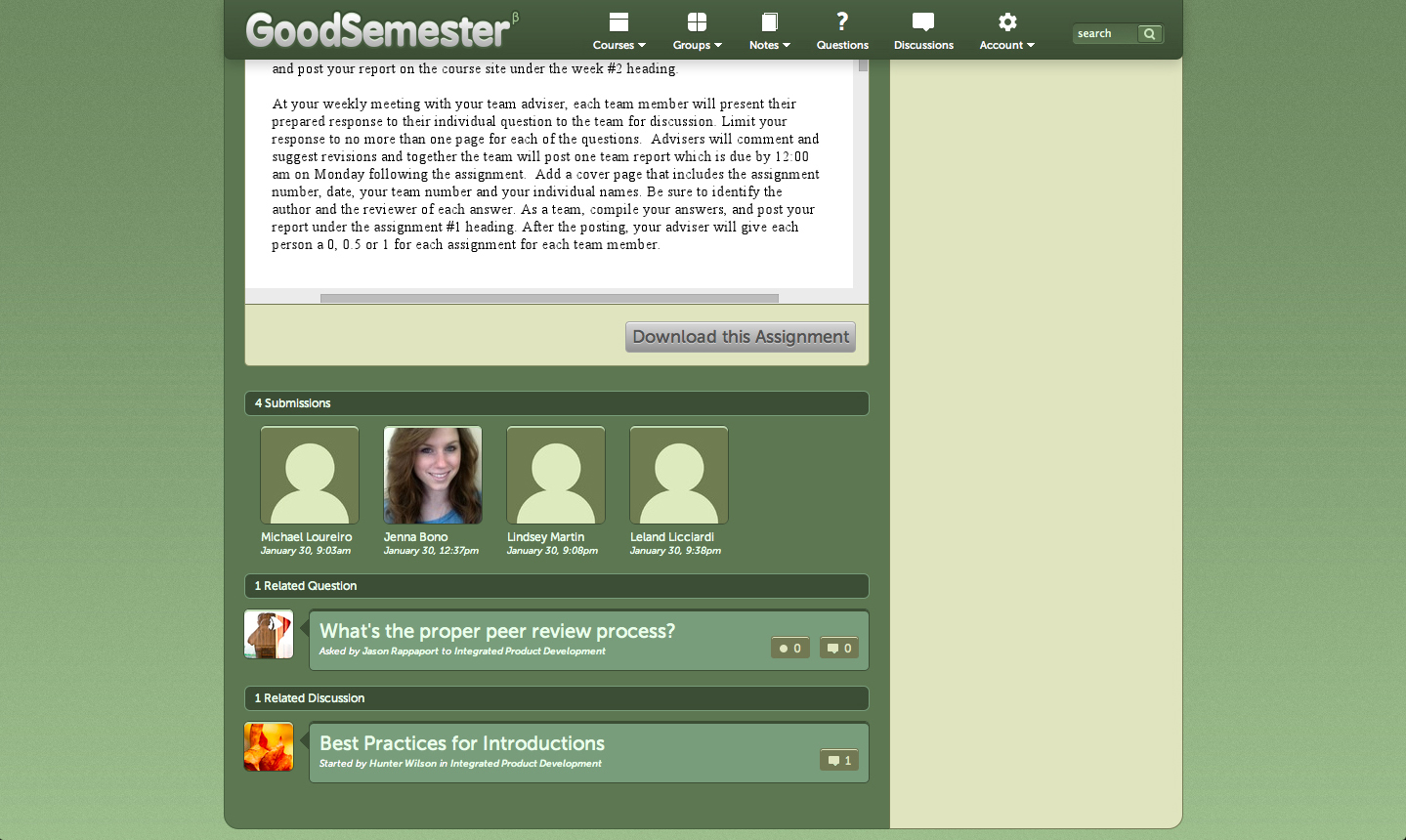 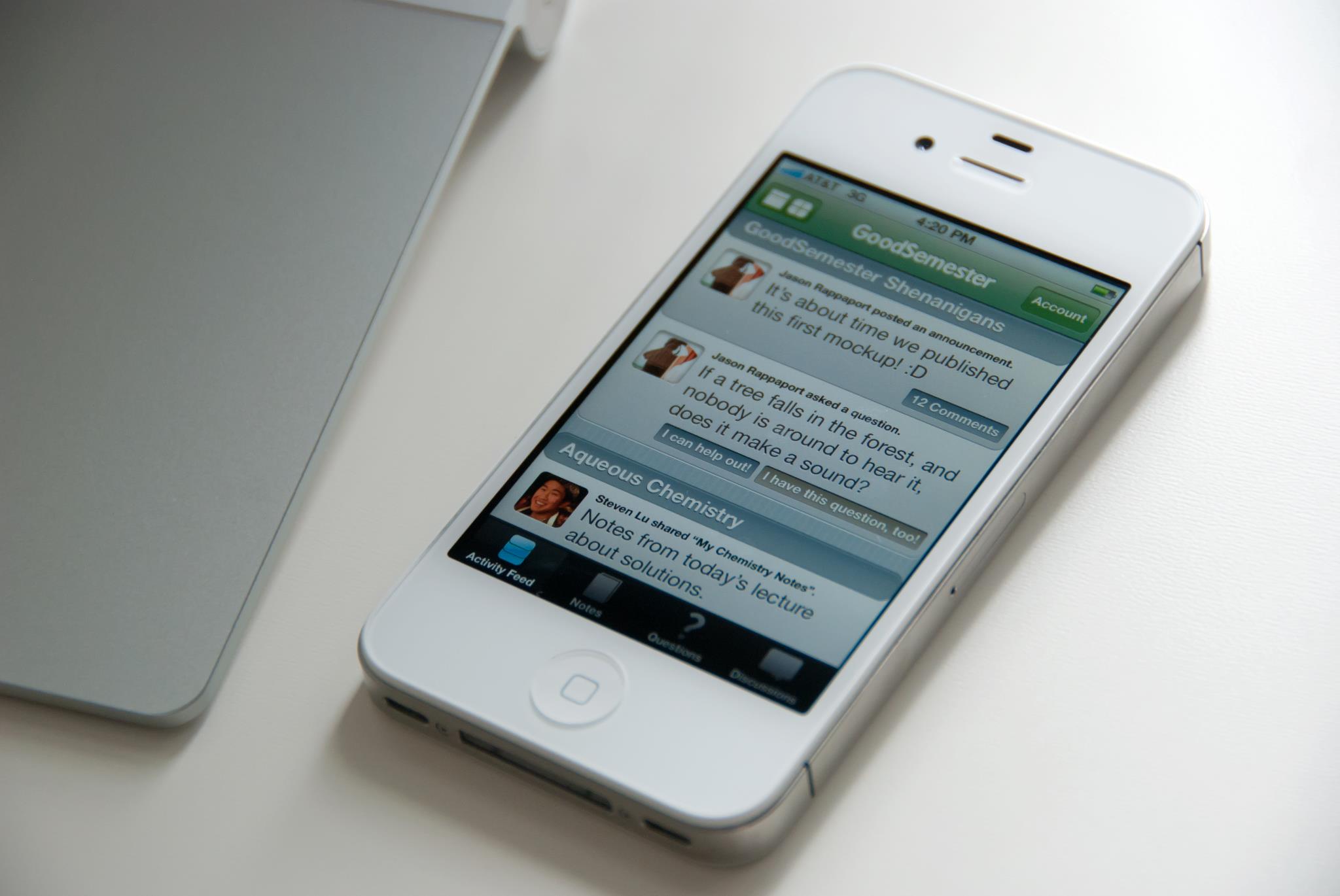