Designing one of the world's largest game wikis.

I and Zelda Universe forum member Jon Partridge (aka "Yami") originally created the Zelda Universe Wiki in 2005 out of pure boredom. Once the project outgrew its roots, I renamed it to Zelda Wiki, gave it its own domain, and invited other Zelda fan communities to help build it with me and the other Zelda Universe staff. This experiment in cross-community collaboration was an incredible success, and since then Zeldapedia has become the world's definitive source of information on Nintendo's Legend of Zelda franchise. 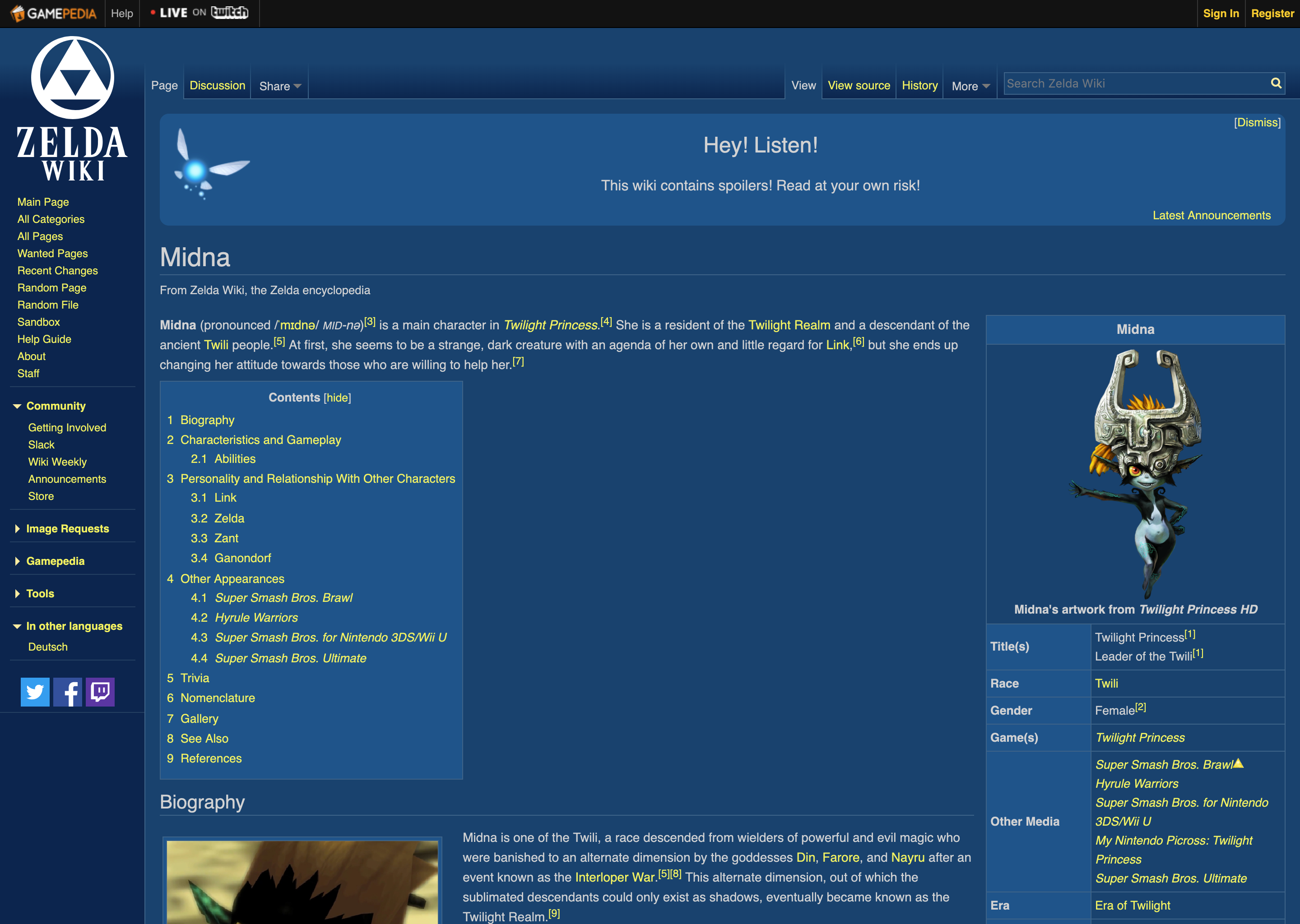